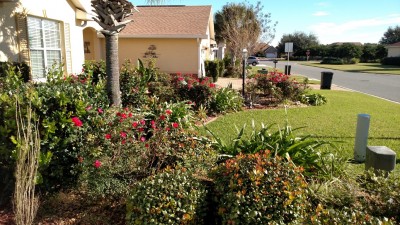 December 2015 was the warmest December that I’ve experienced since moving to Ocala in 2014. I had to turn my AC numerous times during the afternoons to cool things down I even had to run it at night a few times ! If you’ve read my past weather reports you know I look forward to certain months like December because I don’t need either heat or AC and save on my electric bill. I’m a frugal Yankee !

January is the dead of winter here. The cold weather has arrived with highs many days only in the 60’s. Last night we got a light frost and a few plants will die back to the ground. Winter only lasts until mid February when it starts to gradually warm up again so it’s really not all that bad.