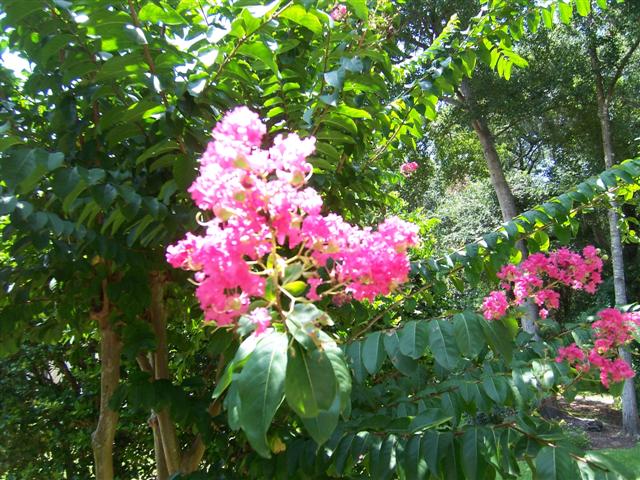 It’s August here in Ocala. August is the middle of summer and not the last month of summer like it is up north. Our summers here last until mid October.

August is the month when tropical storms and hurricanes get going. Hurricane season starts in June but it’s not until August that the ocean temperatures really get high enough to feed a storm. This year may be a bad season for hurricanes. The temperatures this spring were unusually warm, especially in May, which should have heated up the ocean temperatures earlier than usual. Ocala may one of the least hurricane prone areas in all of Florida but the remnants of a hurricane can be scary and do a lot of damage.

Temperatures in August  seldom get above 95 or below 90. The humidity makes it feel hotter though. Evening temperatures stay in the mid 70’s. We get regular afternoon thunderstorms that can be torrential down pours at times. August is one of the rainiest months of the year. However it seldom rains all day. A sunny morning, followed by an afternoon thunderstorm and a calm evening would be the norm. The thunderstorms don’t cool things down.